Laws of Comics: All Comics Weapons are Good; Hammers are the Best 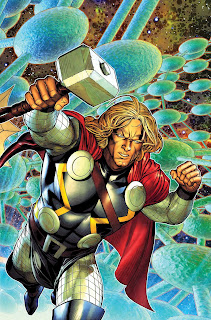 Chekhov's dramaturgical imperative states “if you show a gun in the first act, you’d better use it by the third.” This is a great narrative practice, and it is as true in comic books as it is in other fiction. Of course, the idea works just as well for any weapon a character might use. It is a nice shortcut to be able to power-up or de-power your protagonist through possession of a weapon. That’s why the old Super Friends cartoon had Batman & Robin become powerless when they lost their utility belts!

Green Arrow and Hawkeye have neat trick arrows, Black Knight uses the Ebony Blade, and Cyclops has his visor. I'd argue that without their weapons, all those characters are pretty much taken off the super-heroic scale. Then there are all the characters who gain some, but not all of their powers through a focus. Black Panther’s vibranium claws, Elektra’s sai, and Daredevil’s billy club all enhance their other, main powers. How often over the years has Spider-Man’s web supply been a plot point? Taking away a character’s weapon or focus is easy, effective drama.

So, if we can accept that giving a character a focus for their power is a useful tool, what makes the hammer superior to all other tools? Captain America’s shield is a pretty great weapon, albeit a defensive one. Without Iron Man’s armor, what is he? A rich, smart guy? These guys get a ton of value out of their weapons, but I’d argue that even these central tools are not as cool as a hammer. 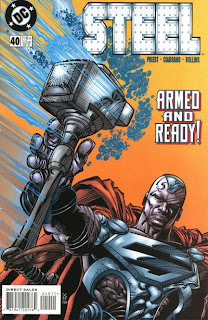 It all boils down to one central promise inherent in the narrative. If the hero is carrying a hammer, at some point in the conflict, he will smash his opponent with it. Thor is clearly the standard-bearer when it comes to hammer-wielders, but there are others. During Mark Schultz’s underrated run on Man of Steel, Steel routinely knocked baddies around with his hammer. What is better than Superman or Iron Man? Superman or Iron Man with a HAMMER.

Look at Marvel’s recent Fear Itself crossover. In order to power up The Worthy, the Serpent’s chosen antagonists, each one received a gigantic, savage looking hammer. Strong characters like Hulk, Thing, or Attuma? They look even MORE intimidating when dragging around a hammer. A hammer is a great equalizer, too. The Grey Gargoyle is suddenly a very threatening presence when he’s got a hammer.

In addition, comics and movies constantly play down blunt trauma wounds. Hawkman’s mace and Thor’s hammer deliver devastating blows, but usually not a lot of blood. It is a lot harder for Black Knight to use the Ebony Blade, because there is only one way to really show the use of that weapon. You can only use the flat of the blade so long. With Mjolnir, Thor can smash away at his foe and never have to show any blood. Scorpion’s tail and Thunderball’s wrecking ball are other good examples of comics’ blunt damage weapons.

Mjolnir is clearly the best hammer in comics, since it not only smashes, but Thor actually flies by holding on to a leather strap when he throws it! It also has the best security system of any weapon in comics, only the worthy can lift the hammer! Factor in the ice-chip missiles from the first movie, and Thor gets a ranged attack out of it too! I’d argue that Ronan’s universal weapon is the 2nd best hammer in comics, since it is a hammer that can DO ANYTHING. (Technically, it is capable of various effects such as energy blasts, force fields, flight, and changing the structure of matter.) Now that is a hammer! 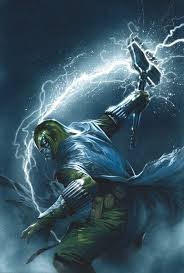 (Heck, I’d argue that Justin Hammer is one of Iron Man’s best villains, and he’s just got “hammer” in his name!!!)

So, in conclusion, the next time you see a comic with a hammer on the cover, pick it up. Because that cover promises some sweet, face-pulverizing action is inside. That’s what we all came for, right?

Heroes with hammers prove that comics are GOOD!

Posted by Timbotron at 9:51 AM No comments:

Email ThisBlogThis!Share to TwitterShare to FacebookShare to Pinterest
Labels: Laws of Comics, Thor 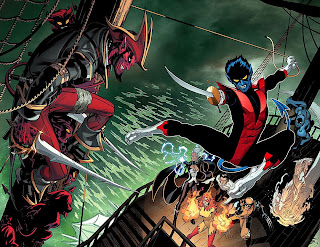 Here are the news bits that caught my eye, in order of importance:

Email ThisBlogThis!Share to TwitterShare to FacebookShare to Pinterest
Labels: X-Men 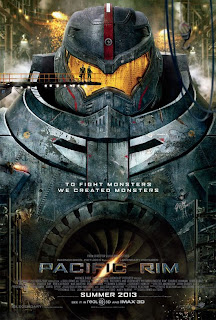 Let’s just put this out there: I loved Pacific Rim. The box office wasn’t fantastic, and I’ve heard that movie execs are a bit disappointed. One quote I heard is that “the audience that showed up for the movie are the same folks that knew they were going as soon as the project was announced.” That’s a crime, because this is a real crowd-pleaser.

I love my super-hero movies, but the cost of all that success is that relatively few big-budget action movies have original ideas. It is much easier to re-imagine The Lone Ranger or attempt to adapt a book than it is to come up with new material. Pacific Rim’s high concept draws on the past “Godzilla vs. giant robots,” but the execution is so much more than that simple summary.

As always, Guillermo Del Toro has created a multi-layered world where he’s thought out everything. Even better, he tells us the new status quo in the opening few moments through Charlie Hunnam’s voiceover as Jaeger pilot Raleigh Becket. We actually get to SKIP THE ORIGIN! THANK GOODNESS! I’m sick and tired of seeing heroes starting off and earning their place. It’s an important part of the hero’s journey, but it takes up a lot of minutes!

By skipping all that opening growth, we get to see a lot more monsters, Jaegers, and awesome locales. The names are tremendous. This movie gives you Gypsy Danger, Crimson Typhoon, the Shatterdome, and more. It is a comic book movie that went straight to film! And each Jaeger and monster has its own codename and design, there is so very much to look at!

In Pacific Rim, the giant Kaiju monsters have irrevocably changed the world, making it a much more dangerous place. The Jaeger program is humanity’s one and only defense against the gigantic beasts. Naturally, when combat breaks out between these gargantuan combatants, the battle often leaves a huge trail of destruction through coastal cities. For those of you who read my Man of Steel review, you might be wondering why I’m OK with the destruction here when Superman upset me so much. I’ll tell you; THE JAEGER PILOTS ACTUALLY TRIED TO MINIMIZE CASUALTIES.

Hunnam puts his own life at risk to save a fishing boat in the opening minutes. Idris Elba’s Stacker Pentecost is always giving orders to evacuate civilians away from dangerous areas. Unlike careless Superman who barrels into Smallville, the Jaegers make every effort to keep people safe. From what I understand, the reason the Jaegers don’t use more bladed weapons is because the Kaiju blood is toxic and poisonous, and the Jaegers want to minimize the exposure. (It’s a stretch, I’ll admit. I’d think those swords would get used a lot more.) 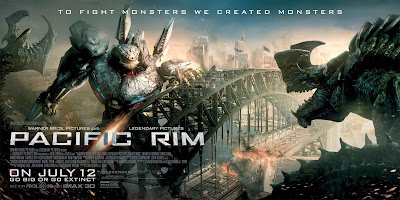 But this movie is a heck of a lot better than that. It boasts clear choreography for the fight scenes and tremendous monsters designed by BPRD’s Guy Davis. (And these are very recognizable as Davis monsters. They made me miss BPRD!) Other than a few moments, the fighting is crystal clear and well laid out; this is the anti-Transformers.

I’ve seen the movie once; I’m planning to go again. I’ve bought two songs off the soundtrack. My computer wallpaper is now proudly showing off Gypsy Danger. See this movie and reward Hollywood for actually making an original action movie that trusts its audience to get it.

This is my favorite movie of the year.

Pacific Rim is GOOD.
Posted by Timbotron at 10:10 AM No comments: